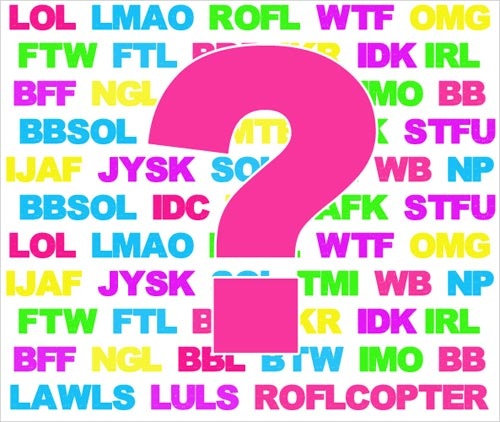 Tony and I were at the movies with another couple this weekend and during the previews, they flashed a screen reminding you to turn off your cell phones.  They made a reference to texting using the following ----  LMAO.  None of us old folks knew what it meant so I had to call in the experts – that would be Will and Katherine, who quickly informed me that it stands for “Laughing My A-- Off”.  Who would have known???  Well, Teens have their “texting code” so not to be out done by these SNK (snotty nosed kids :) ), I thought I would share some “Texting for Old Fogies” sent to me by a friend.

ATD - At the Doctor's

CUATSC - See You at the Senior Center

FWIW - Forgot Where I Was

IMHO - Is My Hearing-Aid On?

TTYL - Talk to You Louder

WAITT - Who Am I Talking To?